Art is what keeps the world going round and round, contrary to the popular belief that it is money. Yes, money helps us survive and purchase the things we need, most of them to create art of our own. Whether we doodle with instruments or with Paint or other programs, more or less sophisticated, or create works of art which sell for millions, we live and breathe art. Most movies and TV shows people consume every single day are forms of art, some better than others.

When it comes to painting, however, there have been some very interesting painters throughout history, some more famous than others. Here are the most famous painters, in no particular order. 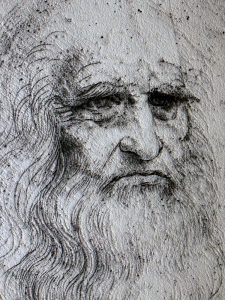 It is impossible to mention painting and not mention Da Vinci. He was actually a polymath, meaning that he knew and was an expert in more than a single field of science and art. He was an inventor, painter, sculptor, scientist, musician, engineer, author and much more. He knew a lot of things, but is often remembered for looking into the future, creating schematics for various inventions which didn’t come to be during his time.

What he did do, however, and was praised for during his time, was paint the Mona Lisa, among other things. That is his most famous work, as well as The Last Supper.

Often known for cutting his own ear off and having mental illness, Van Gogh was also quite a painter. Dutch of origin, he painted using a special technique which used big brushstrokes and blurry colors. He inspired generations of artists to come. His most famous work is the Starry Night, the Sunflowers and the Cafe Terrace at Night. He has plenty of other paintings, but these ones are often quoted as the best ones.

Again, no list is complete without Michelangelo. He worked for a very long time to complete the entire ceiling of the Sistine Chapel, his greatest work. It is quite big and very, very impressive. Among other things, he was also a sculptor, creating the famous statue of David. But, he was also an architect, being the architect of St. Peter’s Basilica in the Vatican. 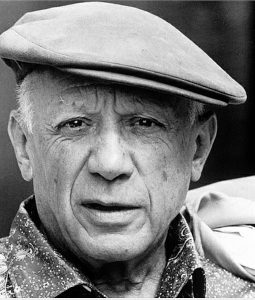 From the artist on this list, Picasso is definitely the most modern of them all. Most of his work was done in the 20th century. He is known as a very versatile painter, using various techniques to make a plethora of paintings. His work is often divided into periods like the Blue Period, the Analytical cubism, the Synthetic cubism, Rose Period, Surrealism, Neoclassicism and many more. His paintings are among the world’s most expensive.

These are but some of the world’s most popular artists. Rembrandt, Raphael, Monet, Cezzane, Renoir, Vermeer, Munch, Klimt, Botticelli, Dali and many more, can be mentioned in the category of greatest. There certainly are more artists which could be mentioned, yet these 4 are often mentioned as the best.