Anything can be seen as a work of art as long as it has an aesthetic and imaginative value. Everyone is familiar with the usual tools and materials that artists use when creating their next big thing – brushes, paint, clay. But there are also artists who can make pretty much anything into a work of art. 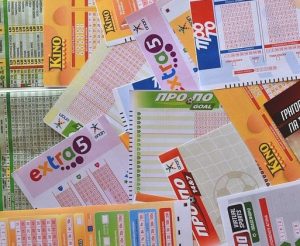 People buy lottery tickets in order to get rich. And unlike AfroMillions Lotto Jackpot where the entire event happens online, week after week people toss the used tickets that go to waste. But, someone has thought of using that rejected material and turning it into art. Ghost of a Dream had an idea to create sculptures out of used lottery tickets, as a representation of what people could buy if they won the lottery.

Ever since dental floss was invented, toothpicks have greatly lost their purpose. Although many people have found other useful purposes for them (like decorating the top of your club sandwich with an olive), Stan Munro had something a bit different in mind. He decided to make miniature cities, on 1/64 scale, using only toothpicks. One of his first projects called the Toothpick City took him two years to finish. Followed by Toothpick City II that required 40 million toothpicks, the entire concept was a major success among creative artists around the world.

You may have heard about people who enjoy eating toast while admiring their favorite works of art online. And you might have heard about people who make toast so delicious that they can be called a piece of art. But have you heard of art made specifically out of toasts? Well, it exists and one can say it has brought quite a wealth to its creators being in such high demand. Maurice Bennett, a New Zealand toast artist, uses a blowtorch to “color” the toasts he uses when making his paintings. For his inspiration, he uses Maori tribal designs, that are a part of native New Zealand culture.

Another breakfasty food used to create unique pieces of art that found its way on our list. Every time we use the word “cereal” we instantly think of kids or families gathered around colorful bowls. But Ryan Alexiev found another, darker side to it. One of his most famous pieces is a replica of Damien Hirst’s diamond skull – but only Ryan’s is coated with cereals.

An artist named David Mach has dedicated his career to making art from unusual materials like car tires and old newspapers. But the most demanding material were matchsticks. This Scottish artist used approximately 30,000 matches for each of his sculptures. The sculptures are representations of animals, deities, and real people.

Maybe one of the most unlikely materials on this list. But there are people who saw them as a potential of making fine art. So a number of artists out there, like Tom Deininger, collect the used cigarette butts and turn them into fantastic sculptures like a giant seashell or a cute bunny.